Welcome to the Philippines' Home of Organic, Pure, and Rare Teas since 2014! When you mention tea in the Philippines, one immediately thinks of the super-trendy milk tea. But before the trendy sweet drink invaded our shores, there was the original cha, steeped in thousands of years of history and tradition.

Meet Sheryl Ebon-Martinez. She is a tea sommelier who has dedicated most of her life to learning everything about tea and sharing it with other Filipinos with Teavolution, an online tea shop that's turned into a full-blown exploration of the culture of tea. 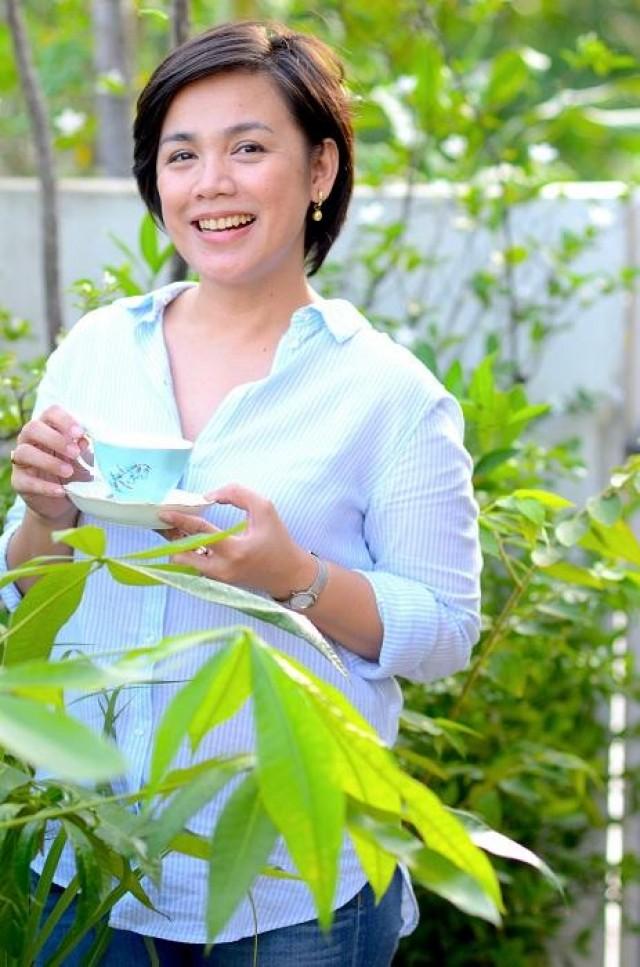 The lack of a local tea culture

Martinez first launched Teavolution as an online shop selling loose-leaf teas in 2014. “It was nothing like a dream or an aspiration, it was initially a business concept, because I was looking for good-quality loose-leaf teas,” she recalls.

The lack of a tea culture in the country is what Martinez cites for what was initially a limited market. “Almost every Asian country has a tea culture, but it’s new here,” she explains.

“Because when the Spaniards came, they brought in chocolate, and with the Americans, it was coffee.” Five years ago, aside from the grocery tea bags, there were very limited options, and loose-leaf teas were quite expensive. “So, I tried to find a middle ground. I guess intuitively, the market wants high-quality, premium loose-leaf tea.”

Teavolution’s current selection of products range from Asian and English breakfast teas to elegant tea ware and other tea-related accessories. The prices of the loose-leaf teas range from P400 for the English Black Breakfast teas to as high as P2,500 for the exotic Darjeeling organic teas.

“The Blooming Flower Teas, the Imperial Milk Oolong, Lychee Black Tea, and Japanese teas like Genmaicha and matcha have been our top sellers since we launched.” 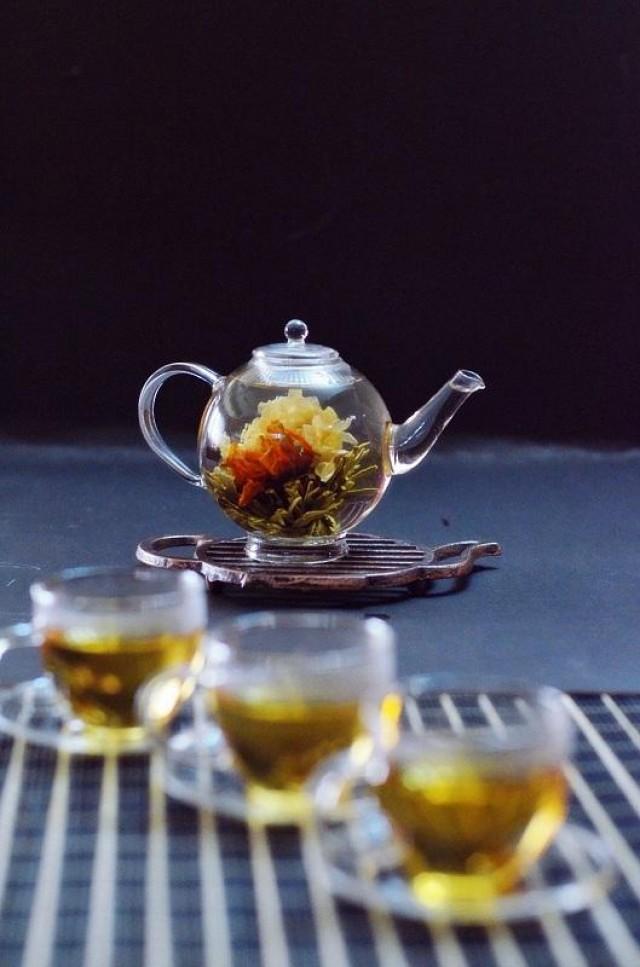 One of their bestsellers, the blooming tea is literally a work of art. Flower buds are handpicked and tied with green, black, or white tea buds. When the tea is steeped in a cup of hot water, the bud opens up into a beautiful “blossom.”

An exploration of the history of tea

Ladies-who-lunch were the expected market, but it was the Millennial crowd who surprisingly snapped up her products. “They like to travel a lot and explore other cultures, so when they come home, they look for the same kind of tea experience that they had in Japan, China, or Taiwan.”

Martinez herself also started exploring the traditions and origins of tea more deeply. “As I studied Chinese and Japanese teas, I was brought to Zen, because tea and Zen are related,” she explains. “I learned that the first people who propagated tea were Buddhist monks, because they would consume it regularly for meditation—to keep themselves awake and feel calm at the same time.”

She also learned that tea naturally contains L-theanin, a compound that gives you a relaxed feeling, yet helps you focus better. “It’s a potent combination, and that’s why tea has been around for almost 6,000 years. And the reason why I promote the tea culture is because it’s healthy.”

Ever heard of a tea sommelier?

The next step for Martinez was to become an expert, so in 2016, she studied for her certification as a tea sommelier under the International Tea Masters.

“A tea sommelier holds trainings on tea services for hotels, restaurants, and cafés; we also provide consultancy services for tea and food pairings and tea parties,” Martinez explains. “Being a tea sommelier is essentially the same as a wine sommelier, except we learn about the width and breadth of tea from all over the world, including the types, brewing methods, where it’s grown, and its deep history.” 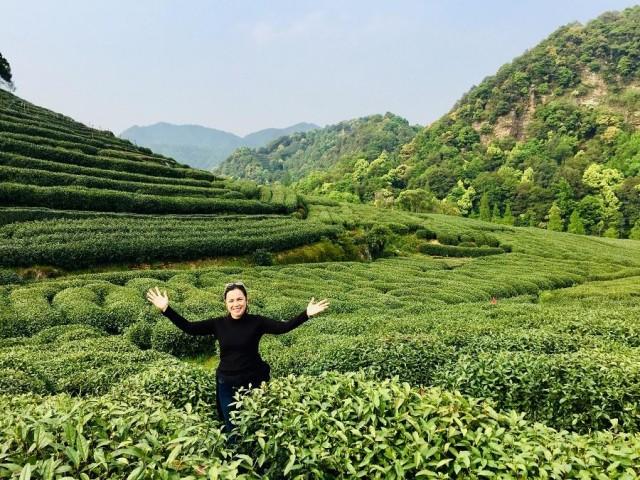 Martinez at the Hangzhou-Longjing Tea Farm. “As a tea sommelier, we also study terroir [how environment affects the taste of produce] and why a specific tea tastes the way it does…I personally go direct to tea farms during the spring and autumn harvests to learn from the tea masters and see how they live their lives.”

Since then, it has become Martinez’s advocacy to introduce more Filipinos to this “secret” society of tea, holding workshops in cafes, private homes, and even at the Ninoy Aquino Parks and Wildlife Center.

“This year, aside from the basic Tea 101 workshop, I’ve also introduced Teanuman and Moment-to-Moment Meditation sessions,” she says. “I realized it’s important to gather in an ambiance that isn’t too commercially driven. That way, we find and establish a connection with each other.”

From tea to pottery

When Martinez got more involved in the study of tea, the natural transition was to get into pottery. “Pottery is my current stop. It’s all connected to the tea, connected to Zen; especially in Japan, where their exposure to pottery is closely related to Chado or tea ceremony.” 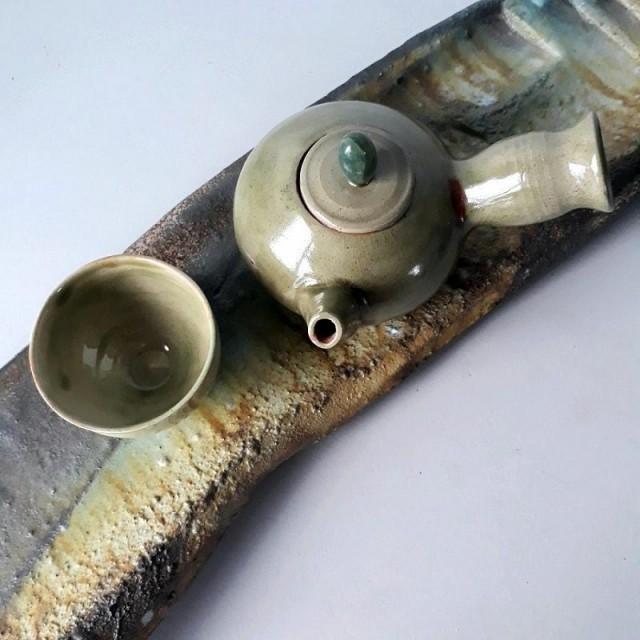 When Martinez got deeper into the study of tea, she eventually took up pottery lessons, as she believes that the art of pottery and the art of tea will always be intertwined. The group exhibit Kissako explores this.

Martinez started making her own tea ware, studying pottery at the University of the Philippines and is now launching Kissako: A Tea Ware Exhibit at the Sierra Madre Gallery this September 22.

The group exhibit features the works of 14 potters such as masters Jon and Tessy Pettyjohn, Joey de Castro, and Pablo Capati alongside young artists such as Ella Mendoza and Iori Espiritu.

The artists were encouraged to create pieces based on their understanding of a tea culture based on Filipino identity and habits. And since “Kissako” is a Zen word that literally means: “Would you like to have some tea?” tea will be served at the launch. “Because to promote tea culture without promoting tea ware is counter-intuitive, so it has to go together,” Martinez says.